This week I have tackled a new poetry form each day. The Poetry Daily is an elegy today, which I don’t think I have ever written before. Although it might have been a NaPoWriMo challenge two years ago… The weather here is very heavy and this full moon has been characterised by another WordPress blogger, Mary Pat Lynch (Rising Moon Astrology) as “Dark Matter.”  The world news is far from jolly. Although it rarely is if you are Mother Earth, a child or woman these days. So if you are not in the mood for a Sorrowful Sunday, you may want to delay reading this until Mournful Monday, Mondays being more sympatico with that feeling. 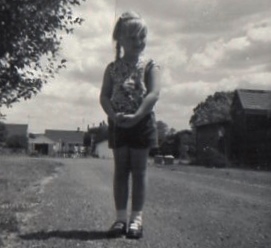 Often what connects people is loss. Poetry is all about making connections. They even have that slogan on the NaPoWriMo.net website banner. Losses…we have all had some, whether it is a loved one – pet or person – or a job, a home, a family. In the way that the universe operates in synchronicity a bedtime conversation last night feels appropriate for the morning’s poetry practice.

I am exploring various poetry forms this week that I would not normally practice. Having warmed up with a month of poetry etudes I am pushing myself to try the previously less tested ways of expressing a poem. I do believe I must have had a bash at an elegy at some stage during the past two years of NaPoWriMo, but I honestly cannot remember that effort. The death of a friend’s father at age 91 prompted me to consider that generation that is swiftly passing from us. Both my mother, mother-in-law, beloved aunt and paternal uncles all saw their 90th birthdays and beyond. They lived in interesting times, growing up in either the Great Depression, World War II, and the extreme austerity of post-war reconstruction.

So this elegy was written with Bill in mind, who as a child witnessed the demotion of the city of Coventry in a fire storm, as much as my mother, who was medical support staff in the U.S. Coast Guard, or my in-laws who survived blitz and the North Africa campaign in the service of the RAF’s Air Sea Rescue. They did live to a brave age, as we say in Ireland, but they also lived in an age that made them have to be brave.

Sorry for your loss, then,

He was a brave age, or

She lived to a brave age,

that making of old bones.

They lived in a brave age.

having a ringside seat

to RAF and Luftwaffe

either in a cockpit

or crouched in bomb shelter.

They all knew the gnawing,

in years of aftermath.

cataracts. Then the falls

that carry them all off.

The effort needed to care –

about bills, birthdays, the

all slip under the door

from those they knew when young

when no one was young but

static on the line, then

Then the final falling

away –onto the floor,

into the outback of